2. In the sense of relationship between language and culture, language is the_____and container of culture.

3. When felings or atitudes are expressed in languge,_______ meaning is communicated.

6. It has been claimed that English is a language governed by strict rules and regulations, whereas the Chinese-speaking people enjoy more freedom when speaking or writing____

B. in any language

7. Generally speaking, the English-speaking people____more often and on more occasions than the Chinese people, e.g. when they need to pass in front of others.

8. The personal names in Chinese are strongly influenced by Chinese____culture, as is shown  y“岳”,“松”，“桂”，etc.

9. A(n)____is a construction, expression, etc. having a meaning different from the literal one or not according to the usual patterms of the language.

10. In English, the ideal or entirely suitable man for a woman to marry is called____.

11. The metaphorical expression“He is rich in ideas" indicates that ideas are____

12. Which of the fllowing metaphorical expressions indicates that love is madness?____

B.1 was magnetically drawn to her

C. The marriage is dead- it can't be revived.

D. She fought for him, but his mistress won out.

13. Which of the following is a term of humility in Chinese?____

14. Anything that is prohibited by religion, tradition or social usage is a(n)____

B. term of humility

15. The following words or phrases are textual connectives EXCEPT___

D. as a matter of fact

16. The logical relationship between the following sentences is the ____relationship.

e.g. For the whole day he climbed up the steep mountainside, almost without stopping Yet he was hardly aware of being tired.

17. Many famous products in the west are named after their designers or manufacturers, such

18. In legal documents, learned words are used frequently. A great many of them are from____and French.

19. The space that exclusively belongs to its owner is referred to as primary trritory. Which of the fllowing places is NOT the primary trritor? ____

21. Which of the following properties of culture are true?.____

A. Culture is human specific.

B. Culture is a natural phenomenon.

C. Culture is general and concrete.

D. Culture is a contemporary phenomenon.

22. Which of the fllowinIg terms are related to the American history?______

B. The May Flower.

23. The inflectional morphemes in English are mainly word endings. These word endings represent such grammatical categories as the number, case,___, etc.

25. Which of the fllowing English proverbs are related with individualism?____

A. Do not wear out your welcome.

B. Even reckoning makes long friends.

C. An Englishman's house is his castle.

D. Wine is a turncoat, first a friend, then an enemy.

26. Which of the following examples show that the same qualities may be associated with different things in English and Chinese?____

B. It can take years of careful cuting and rllig to get a lawn as smooth as a billiard-table.

C. The child picked up the spectacles and put them on.“Now you look as wise as an owl," said his father affectionately.

D. General discipline and academic achievement improved greatly under the headmastership of Mr. Gray, a man as hard as steel, but very just.

27. The Chinese equivalent of the English euphemism for death“to be with God”is“______”

28. Which of the following sentences indicate causal relations between the adjoining sentences?____

B. I was not informed. Otherwise I should have taken some action.

C. If they see that you're blue, they'll look down on you. So why should I bother to care.

D. The weather cleared just as the party approached the summit. Until then they had seen nothing of the panorama around them.

29. The phonetic differences between American and British English are the pronunciation of“____”in words.

C. r (after a vowel or between vowels)

30. Nonverbal communication includes the study of____.

II. Fill in each underlined space with a proper expression. (20%)

31. Language is systematic, which means that it is____govermed.

32. A party to celebrate the taking possession of a house is alled___.

34. When people part, they usually say something to bid ____to each other before they go. It is impolite to leave abruptly without saying anything.

35. People enrich their speech or writing with indirect references to characters or events from culture. In this sense, the expression“你真是个诸葛亮" is a Chinese____.

36. As one of the commonest figures of speech,______is used in the sentence“Pop looked so unhappy, almost like a child who has lost his piece of candy."

38. If the sentences in a text are linked by____ alone as exemplified by the following example, it can be said that they exhibit coherence.

A: Could you give me a lift home?

B: Sorry, I'm visiting my sister.

40. Interpretation of nonverbal behaviors is context____.

41. The same object is called a“table" in English and a“桌子”in Chinese. Explain this lingustic phenomenon from the viewpoint of properties of language.

42. What is the English equivalent for“白手起家的人”?

43. What are the grammatical features of English in legal documents?

44. Use the following examples to ilustrate the categories of gestures.

48. From saving comes having.

50. If you don't mind waiting for a while, I'll see if he is available.

51. Compare the following pair of sentences, find out diferent ways to show the logical relationships between English and Chinese and offer a possible cultural explanation.

(1) We will attack unless we are attacked.

52. Explain whether the sentences in the fllowing two texts are connected hypoacically or paratactically.

(1) The captain had steered a course close in to the shore. As a result, they avoided the worst of the storm. 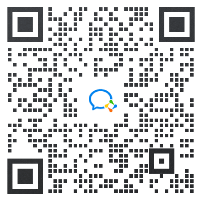