Ⅰ. Each of the statements below is followed by four alternative answers. Choose the one that would best complete the statement. (30%, 2 points for each)

1. Which of the following statement about the classification of words is NOT correct? ( )

A. basic word stock and non-basic vocabulary by use frequency

A. nouns and verbs  B. adverbs and adjectives

A. the Middle East  B. the Near East

5. Which of the following underlined affixes is NOT inflectional affix? ( )

A. solid compound  B. hyphenated compound

C. open compound  D. none of the above

8. Which of the following belongs to the word formation of acronym? ( )

A. front clipping  B. back clipping

10. Motivation accounts for the connection between the linguistic symbol and its meaning. There are four types of motivations. The word 'mouth' in the phrase 'the mouth of the river' is ____________.( )

A. extension, narrowing, elevation and degradation

B. extension, generalization, elevation and degradation

12. In the following sentence, choose the best to match the meaning of 'womanly'. 'She would know he was alive and she would simply make waitingwomanlyand rational.' ( )

A. sensitively  B. patiently

A. cheerful  B. homosexual

A. synecdoche  B. metonymy

Ⅱ. Decide whether the following statements are true or false. Write T for true and F for false. (10%, 1 point for each)

18. It is generally agreed that the written form of a natural language is the written record of the oral form. ( )

19. The morpheme is the smallest functioning unit in the composition of words.( )

20. Suffixes generally change the word meaning but not word class. ( )

21. Words are but symbols, few of which have meaning only when they have acquired reference. ( )

23. Conceptual meaning is the secondary meaning supplemented to the associative meaning. ( )

24. Vocabulary is the most stable element of a language as it is undergoing constant change both in form and content.( )

25. The structure of an idiom is unchangeable. ( )

Ⅳ. Complete the following statements with proper expressions according to the textbook. (12%, 2 points for each)

31. Based on the degree of similarity, homonyms fall into three classes: perfect homonyms, homographs, and ____________.

33.The problem of interrelation of the various meanings of the same word can be dealt with from two different angles: diachronic approach and ____________ approach.

35. ____________ are complete sentences which are mainly proverbs and sayings, including colloquialisms and catchphrases.

37. How many periods of the English vocabulary development can be divided into? What are they?

39. What are specialized dictionaries?

Ⅵ. Analyze and comment on the given sentence(s). Pick out the idiom in the sentence, and point out its structure, grammatical function and figure of speech. (20%)

40. I am thinking of putting a 'Silence is golden' placard in his office. Nobody can hear themselves think. 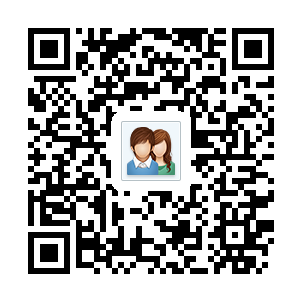